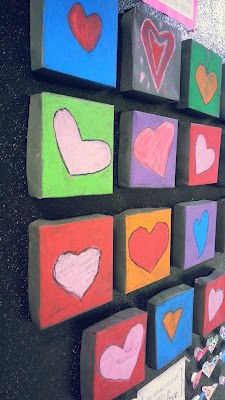 I found this super cute lesson on the blog Mrs. T's First Grade Class.
I knew my Grade 3's would love making the 3D box as many of them are SUPER into origami.

Mrs. T outlines all the steps on her blog :) Basically you take a square of black paper and draw 4 lines around it using the width of a ruler as a guide.
Then cut, score, fold and glue and you have a cute shallow box. 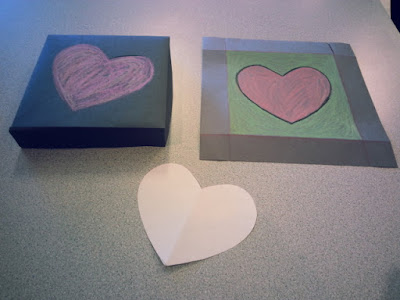 My students had the choice to make their own symmetrical heart from a sheet of folded paper (they used this heart as a template to trace into their black paper) or draw their own heart directly onto the black paper. Most chose to create a symmetrical heart first. Then they coloured in the heart and the background using oil pastels. To make the heart 'pop' out a bit more, they traced around it using a black pencil crayon. 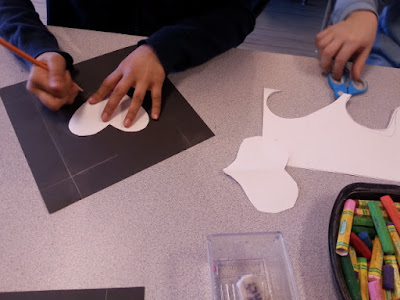 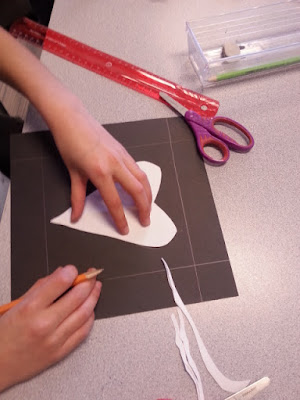 Construction paper isn't that great to fold- it's soft and doesn't make a crisp fold easily. So I showed my kids how to score their lines using an open pair of scissors and their ruler.
This helped them along to create a clean line for easier and cleaner folding. 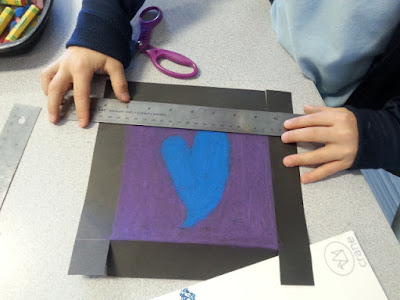 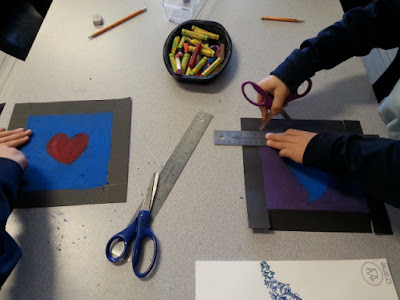 They cut four vertical cuts to create their tabs, then folded them in and
used a glue stick to secure the tabs. 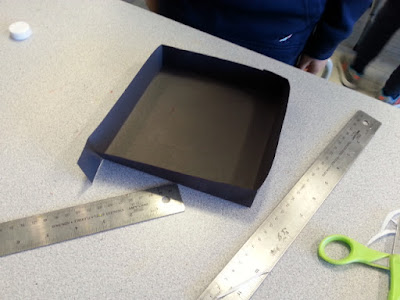 Everyone managed to finish in one 40 minute period- I was impressed! Only about three in the class really struggled with the folding and creating of the box. The rest had no problem at all. 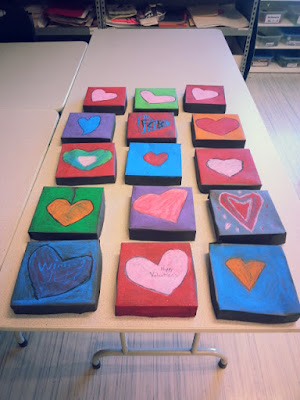 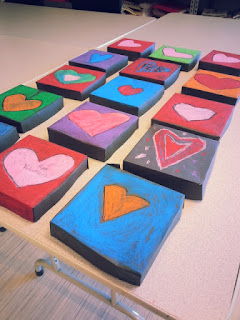 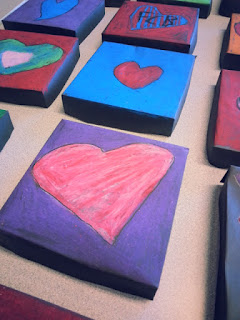 We also made mini hearts to add to the display. 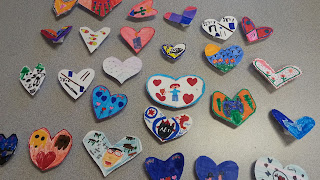 For my bulletin board display I use two tacks per box to kinda 'hang' the boxes on.
It looked great at first, but after about an hour, they all started falling off.

So I ended up re-arranging it all a bit and a junior high student suggested putting a sewing pin through the top of each box. That worked perfectly :)