"A Faithful Attempt" is designed to showcase a variety of K-12 art lessons, the work of my art students, as well as other art-related topics. Projects shown are my take on other art teacher's lessons, lessons found in books or else designed by myself. Thanks for visiting! LAND ACKNOWLEDGEMENT I acknowledge, with deep respect, that I am gathered on Treaty 7 territory. I acknowledge the many First Nations, Métis and Inuit whose footsteps have marked these lands for generations. I recognize the land as an act of reconciliation and gratitude to those whose territory we reside on or are visiting. 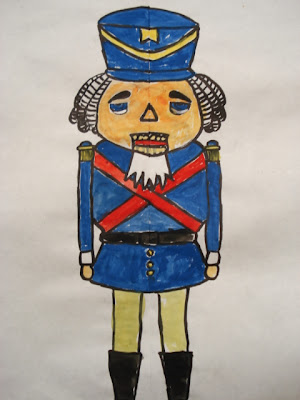 The History of Nutcrakers
(source)
Nutcrackers posess a rich history that goes back about 300 years ago in Germany. The carving of nutcrackers developed as a cottage industry in forested rural areas of Germany. They provided a supplemental income during the winter months or when other industries, such as mining, dwindled.
Nutcrackers only became popular in North America about 50 years ago after the Second World War. American soldiers stationed in Germany began sending nutcrackers home to loved ones as gifts. Thus began the tradition of collecting nutcrackers in North America.
As well, when Tchaikovsky’s ballet, The Nutcracker Suite premiered in St. Petersburg in 1892, the popularity of nutcrackers grew tremendously. The ballet became very popular in the United States in the early 1950’s and ignited the passion for these fascinating creatures. The strong following of this classic production greatly increased the popularity of collecting nutcrackers in America.
How Nutcrackers are Made

Here's a short video that shows a nutcracker being made at a workshop in Seiffen, Germany.  There's no music, or any sounds for that matter, in the video, so you might want to narrate out loud! I enjoy showing my students products handmade by artisans; I hope it gives them a real appreciation for the handcrafted and shows them the beauty of working with their own two hands.


So, to get started, students fold their paper in half vertically and then draw only half of the Nutcracker (including half a nose, half a mouth, one eye, etc)- this will keep it symmetrical: 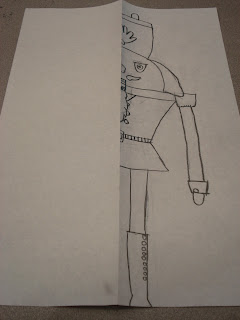 Then they passed over their pencil lines with a dark 4B pencil, folded the drawing in on itself, and rubbed over the pencil lines with the handle of a pair of scissors.
This lightly transferred the drawing to the other side of the paper. The transfer is quite light, so at this stage they can erase and make any changes necessary. For example, some nutcrackers ended up being waaaay too skinny or waaaaay to wide. So students can adjust them and re-transfer them. Once the basic figure is complete, students can add on accessories like swords or anything they might like their nutcracker to hold. 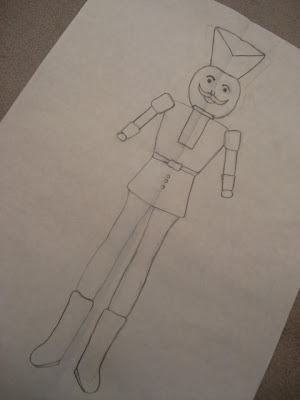 Once they're happy with their drawing, pass over the pencil lines
with a permanent black marker. 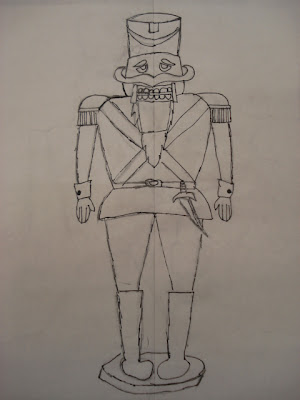 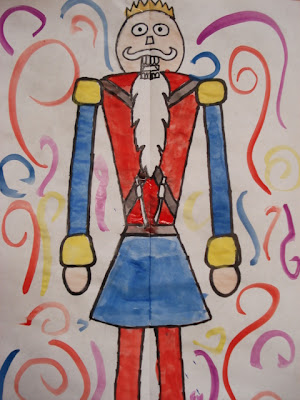 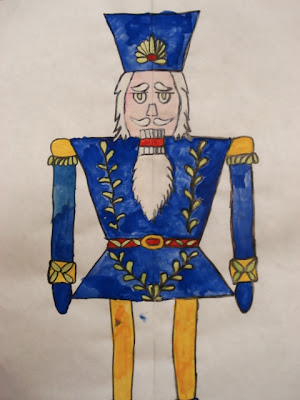 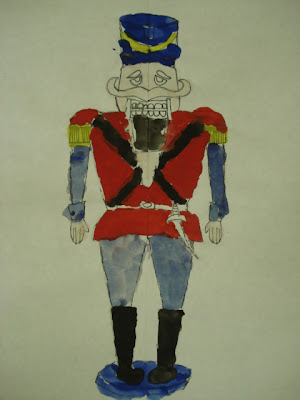 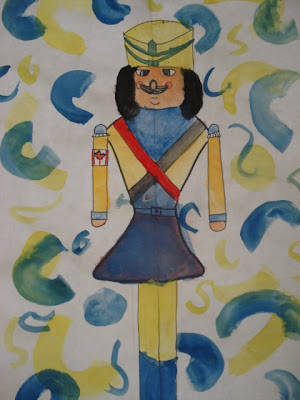 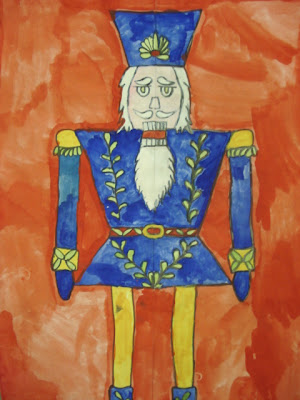 Your lesson plans are really thorough and well documented. I bet the students loved the candy cane and nutcracker videos. Thanks for posting.