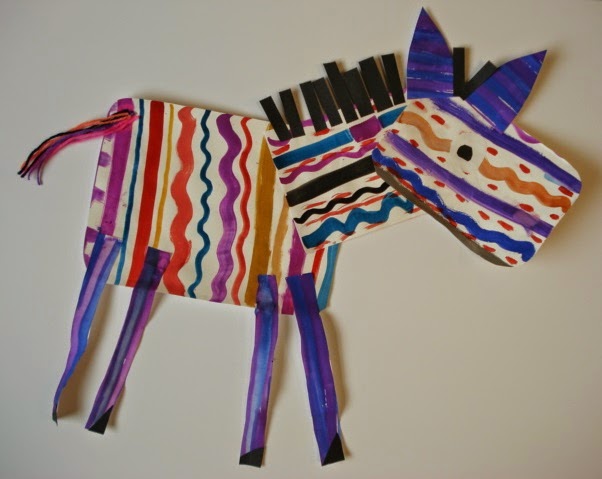 This was a project completed with blood, sweat and tears- all mine!!!! My Gr.2 students made these but it was a long, slow process for sure! I found the lesson HERE on the "Color Like You Mean It" blog. She made them with her Kindergarten students!! So I am totally impressed with that!
For my kids, I felt there ended up being too many steps- they managed to make them in the end, and they turned out great, but next time I teach this, I'll try it with Gr. 3 kids instead, I think.

You need three sheets of cardstock/heavy white paper per student. Paint each one with colored stripes. We used tempera pucks as they're so convenient and work great with large groups of students. I have two kids share each tray.

The rest of the instructions were in the comments section of here blog; they were really useful:

"The only shapes I gave them were the ovals for the eyes and noses. It was quicker for me to cut those than for them to trace and then cut, mess up, retrace, then cut again... Repeat... :) For the body, we used one of our 9x12 sheets and trimmed off the corners. The head and neck was another sheet cut in half and rounded corners. The legs were the 4th sheet cut in half longways, then each half cut in half again to make 4 long strips. Their last painted sheet was used for the ears, so it worked perfectly for those students who may have missed a day of painting because we had plenty left over to share!"

It took my students one-40 minute class to paint all the papers- even then, some kids didn't finish. I had to make sure they wrote their names on each sheet of paper. There were striped papers everywhere!!  Once they were dry, I stapled them together in the corner so they would be easier to pass out the next class. The next class, we worked step-by-step as a class completing them. Even then quite a few got lost, so we'd have to stop, backtrack, repeat, etc...
But the end results were worth it (barely, lol) and they are quite large and very colorful! 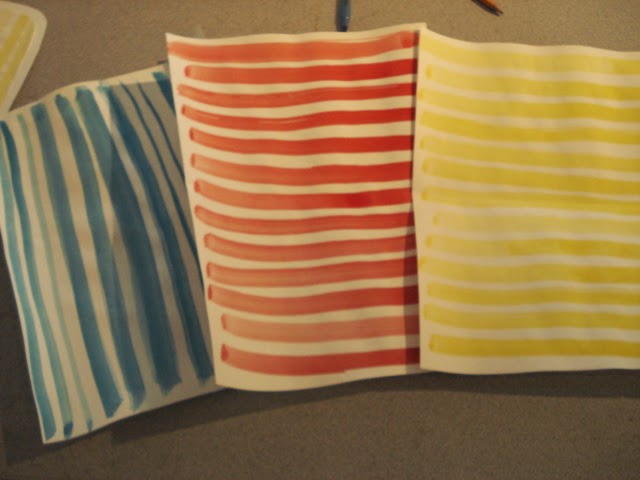 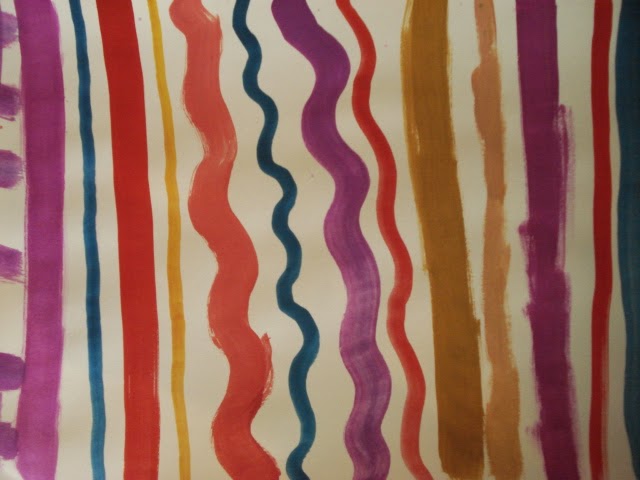 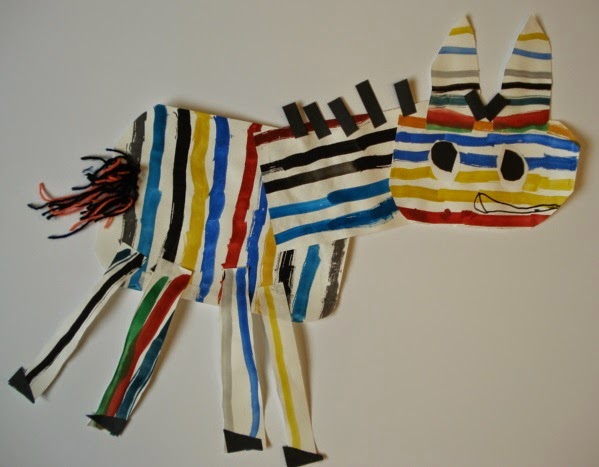 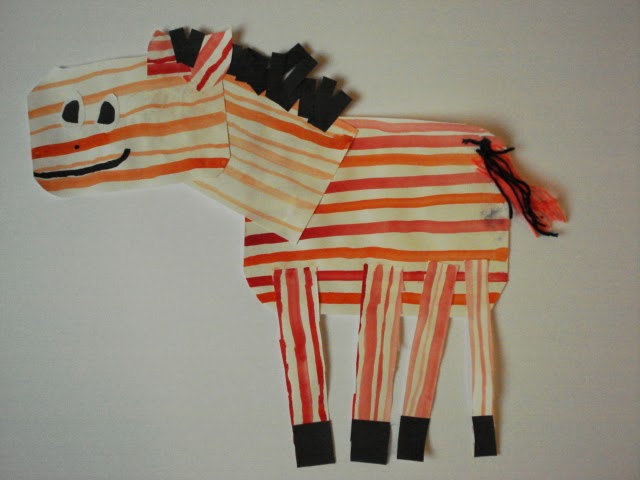 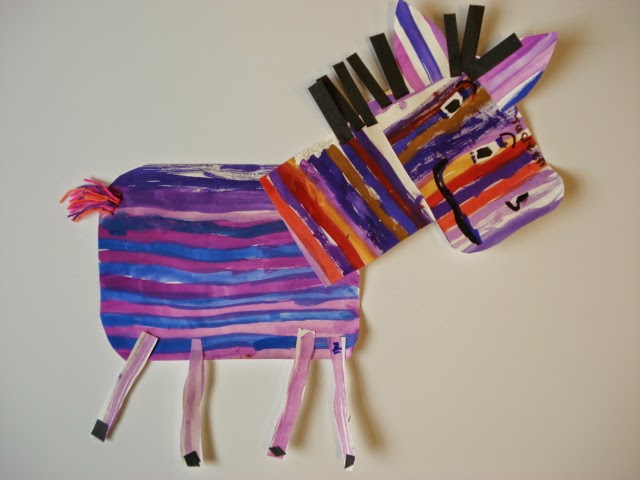 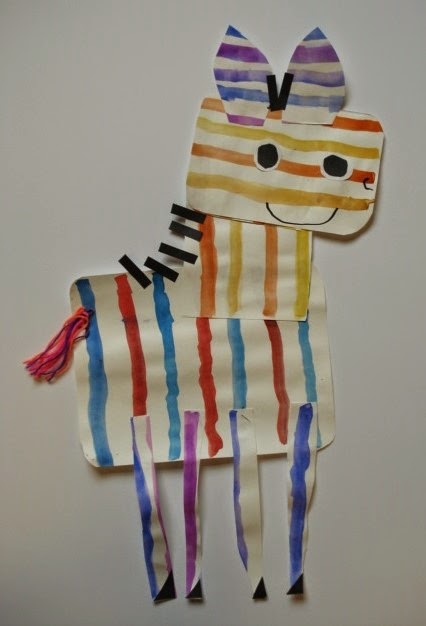 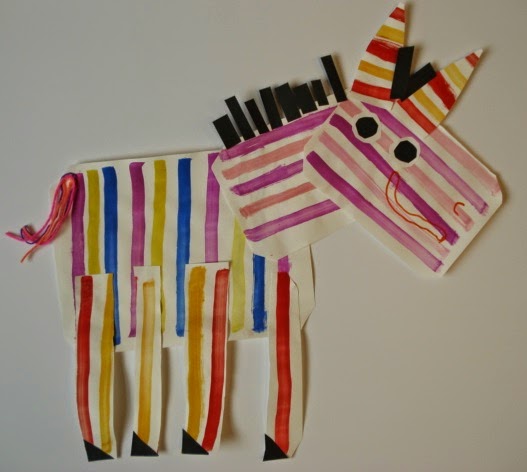 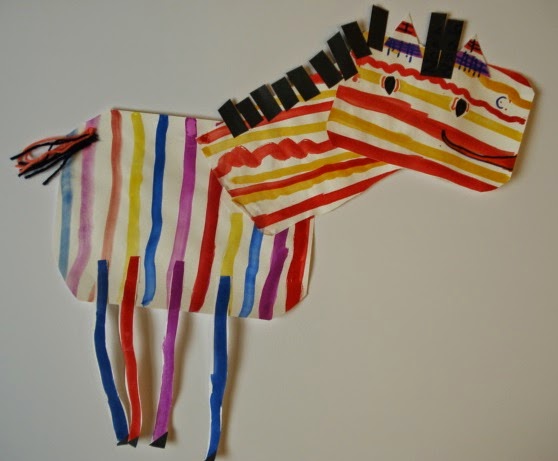 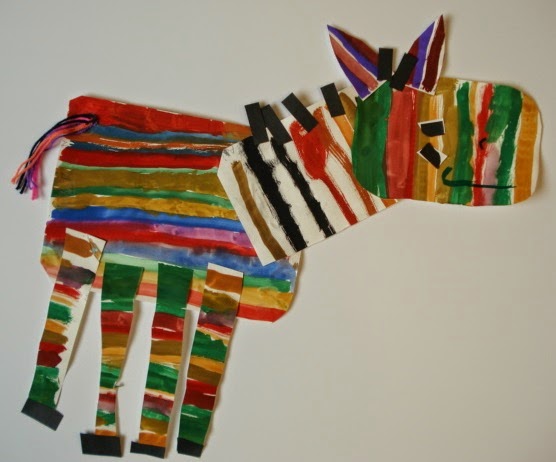 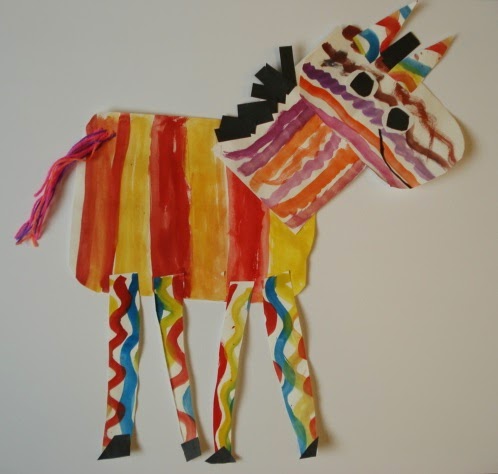 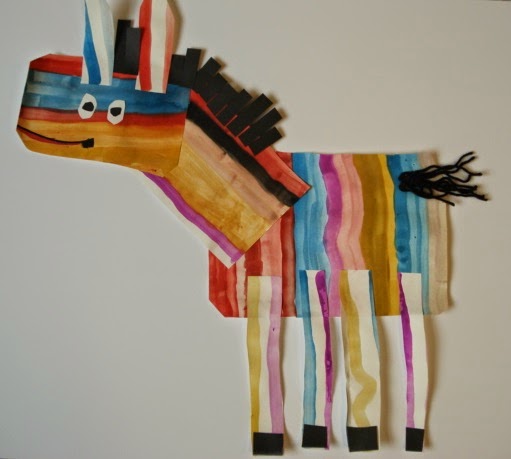 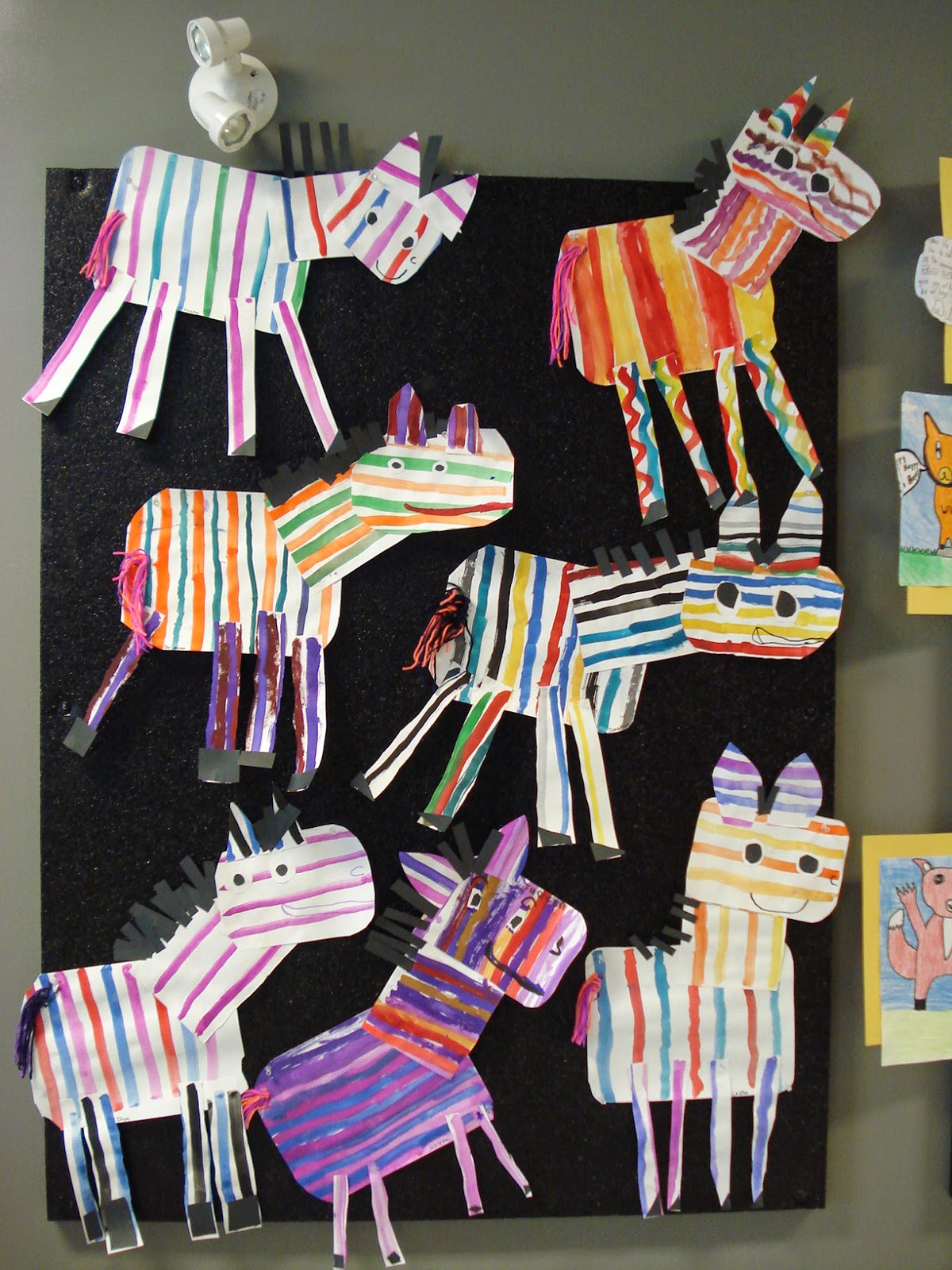 They really are cute!

These little zebra all have personality. Great process. Thanks.

Beautiful and original! Who said that indeed zebras have to be black and white!