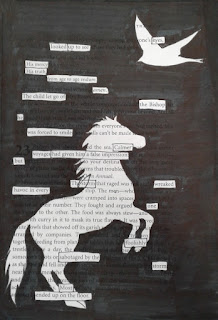 This is a cross-collaboration project between a Juniour High English teacher and myself at my school. We've collaborated many times over the years on various english projects and I'm always impressed with the work the kids create.
This was a blackout poetry project using pages from the Canadian novel "The Wars". 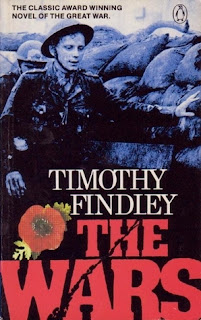 The Wars is a 1977 novel by Timothy Findley that follows Robert Ross, a nineteen-year-old Canadian who enlists in World War I after the death of his beloved older sister in an attempt to escape both his grief and the social norms of oppressive Edwardian society. (Wikipedia)
A blackout poem is when a poet takes a marker (usually black marker) to already established text--like in a newspaper--and starts redacting words until a poem is formed. The key thing with a blackout poem is that the text AND redacted text form a sort of visual poem.
For this project, students chose a page from their novel and we photocopied it. They could either do the traditional blackout poetry of simply using a black marker to block out the majority of text, or they could cut out the letters, re-draw them, whatever. We were pretty flexible that way. Media was student choice. 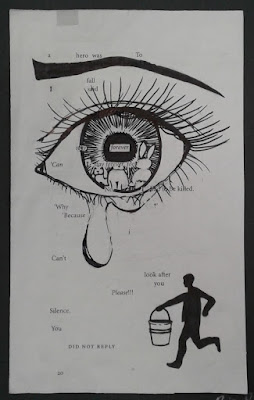 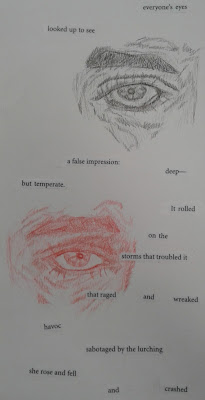 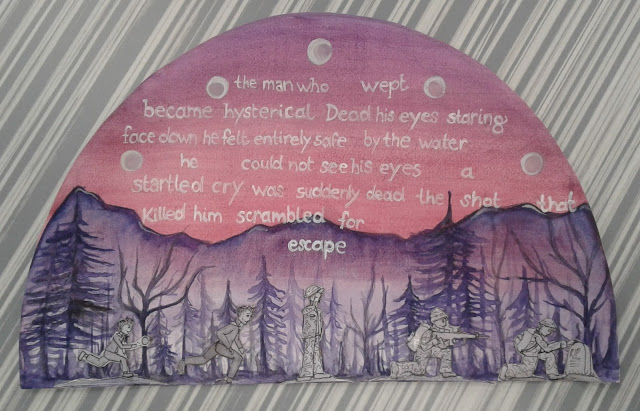 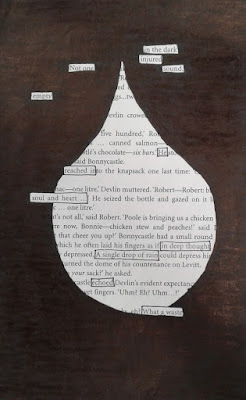 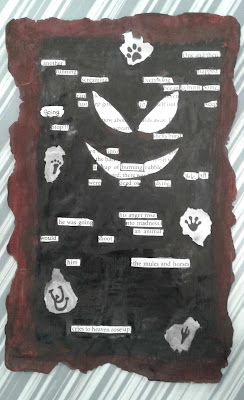 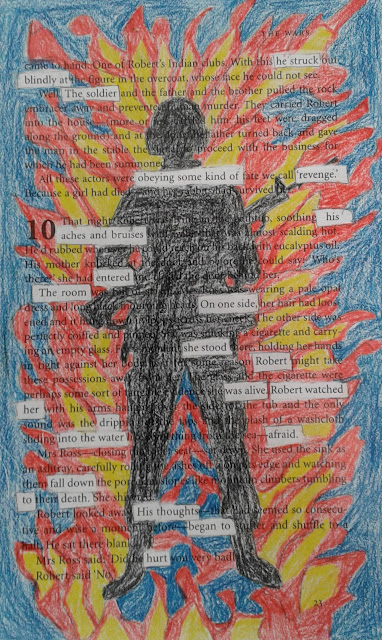