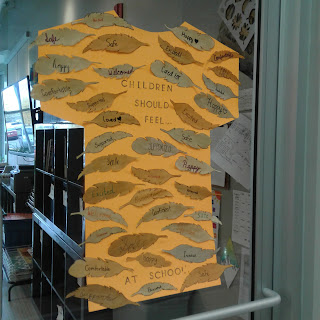 Residential schools were church-run schools where approximately 150,000 Métis, Inuit and First Nations children were sent between the 1860s and the 1990s. The schools harmed Indigenous children by removing them from their families, forcing them to speak English or French instead of their ancestral languages, disconnecting them from their culture and traditions and forcing them to adopt Christianity in order to assimilate into Canadian society. Many of the children were abused. The government has since acknowledged that this approach was wrong, cruel and ineffective, and offered an official apology to the Indigenous people of Canada in 2008.
Orange Shirt Day was started in 2013 by residential school survivor Phyllis Webstad, who went to a residential school in Williams Lake, British Columbia. The day is named after an experience she had on her first day of school when she was just six years old. She arrived wearing a new orange shirt that her grandmother had bought her, but school staff stripped it from her. To Phyllis, the colour orange has always reminded her of her experiences at residential school and, as she has said, “how my feelings didn’t matter, how no one cared and I felt like I was worth nothing. All of us little children were crying and no one cared.”
The event takes place on Sept. 30 every year because it’s the day that many
Indigenous children were forced to leave their homes.
The message that Phyllis wants to pass along on Orange Shirt Day — and every day — is that every child matters. Orange Shirt Day was started by Phyllis to educate people about residential schools and fight racism and bullying.
Many schools across Canada now recognize Orange Shirt Day. All students and staff wear an orange shirt. This year, every homeroom in our school received a large t-shirt cut out of orange poster board. My class (Grade 6) went with the idea of "Students at school should feel...."  They brainstormed different words.
I printed out a template of feather shapes. Then tinted them a natural colour using liquid watercolours. 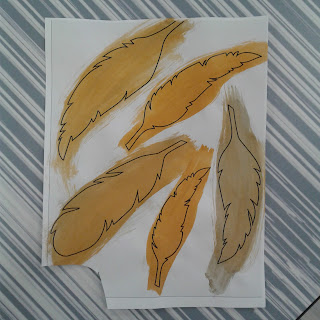 Students wrote their words on the feathers and cut them out.
I then glued them all over the t-shirt. 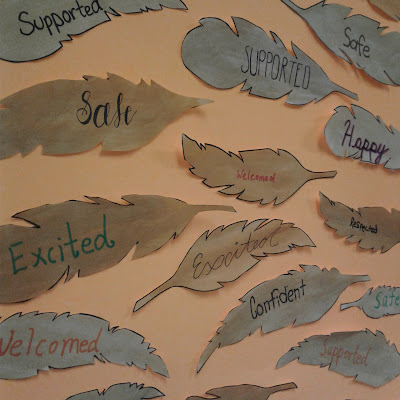 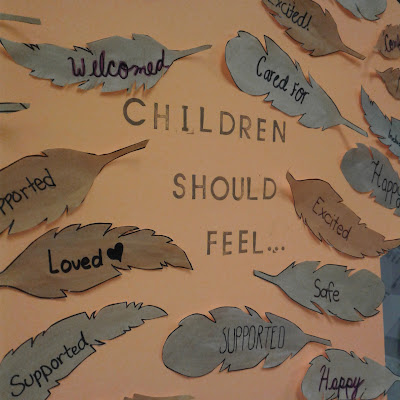 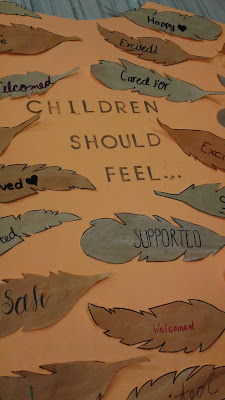 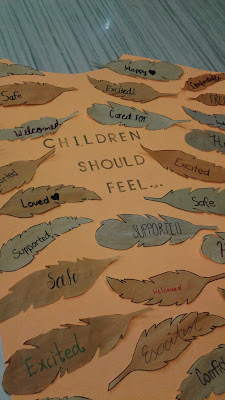 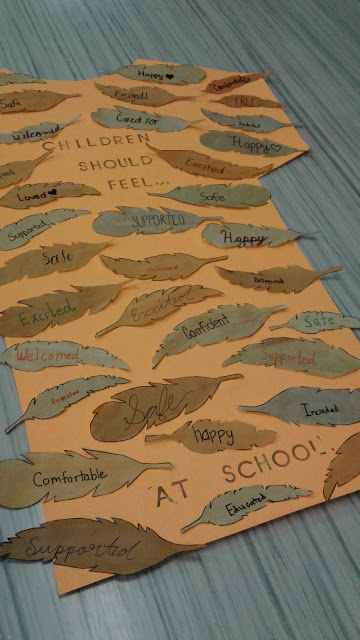 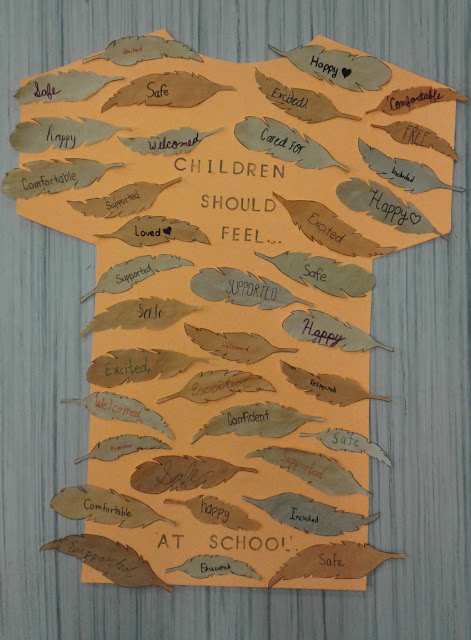 Please visit https://www.orangeshirtday.org/
for more ideas on how to get involved in this day.
Posted by Miss at Wednesday, September 30, 2020