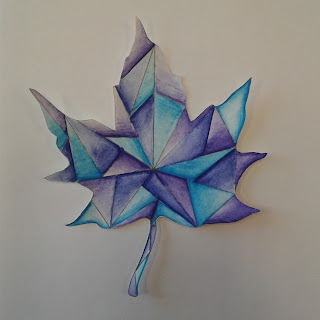 This was the final project in a watercolour unit I teach my Junior High students.
Their first project used liquid watercolours, then they used the watercolours in a pan and they ended with watercolour pencils.

The inspiration for this project was the logo for Canada's 150th anniversary of Confederation.
It was created by Ariana Cuvin from Toronto, Ontario. The logo is composed of a series of diamonds, or “celebratory gems”, arranged in the shape of the iconic maple leaf. The four diamonds at the base represent the four original provinces that formed Confederation in 1867: Ontario, Quebec, New Brunswick and Nova Scotia. Additional diamonds extend out from the base to create nine more points—in total representing the 13 provinces and territories. (Source)

For our project, I used a classpack of Crayola watercolour pencils.
They work really well. 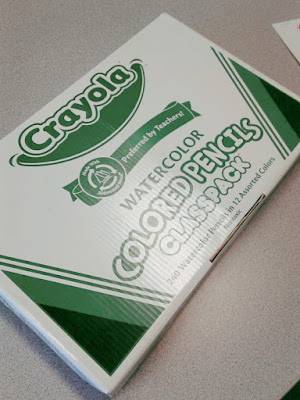 Students first drew a maple leaf. Then, using a ruler, they 'fractured' it into many different sections.
I demonstrated how to create an ombre effect using the pencils.
The hardest part, by far, was drawing the maple leaf! haha! 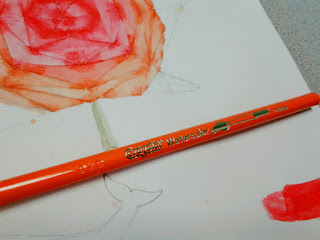 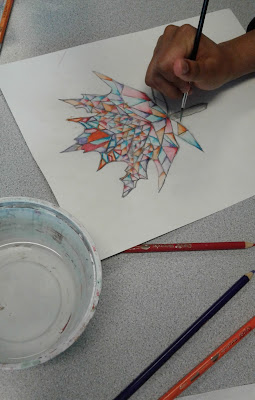 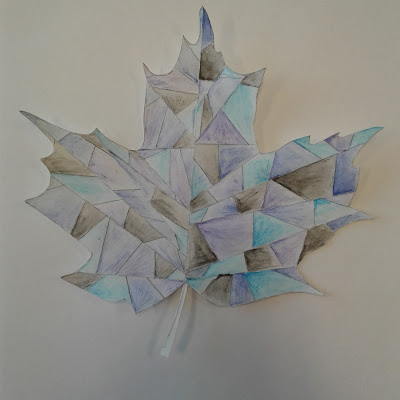 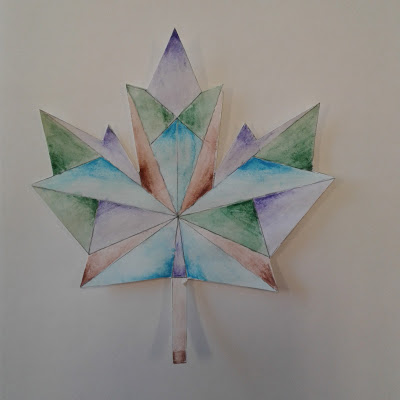 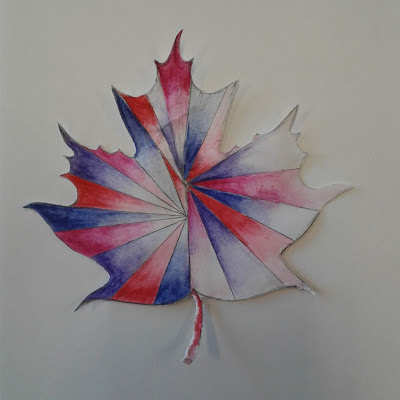 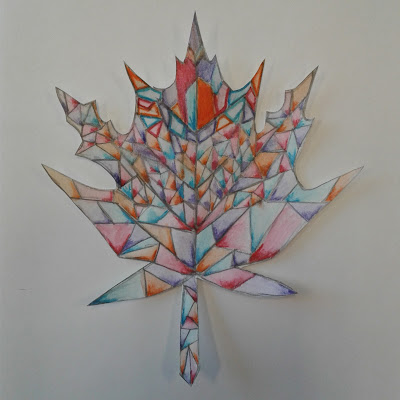 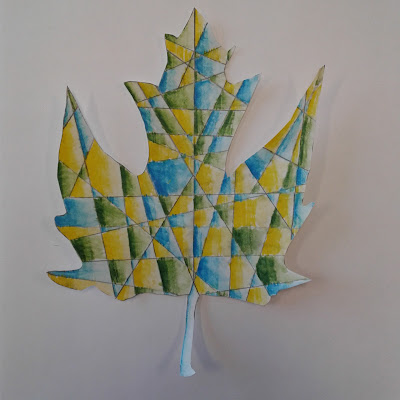 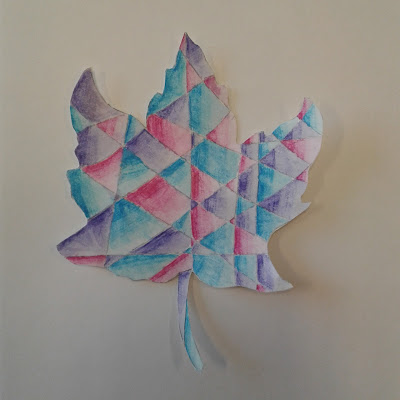 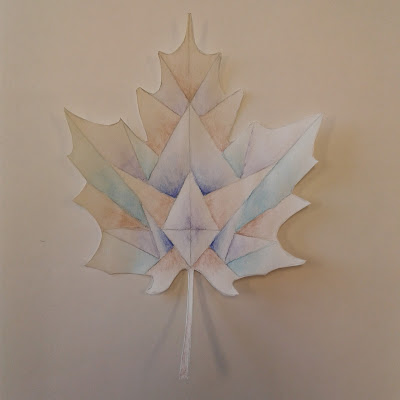 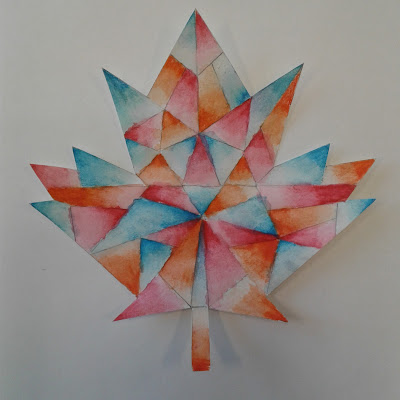 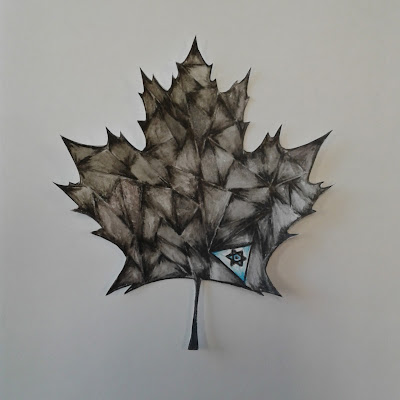 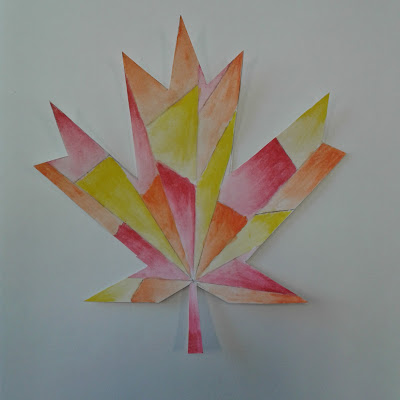 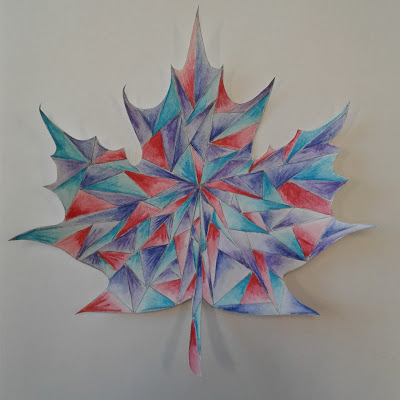 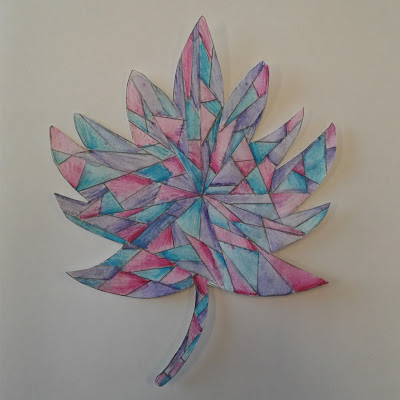 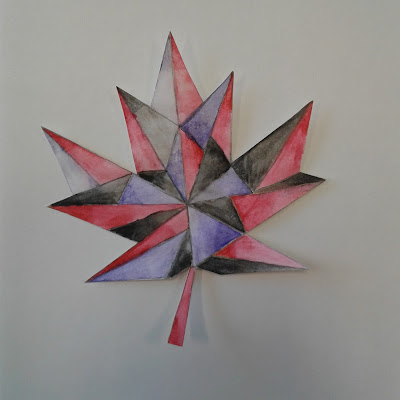 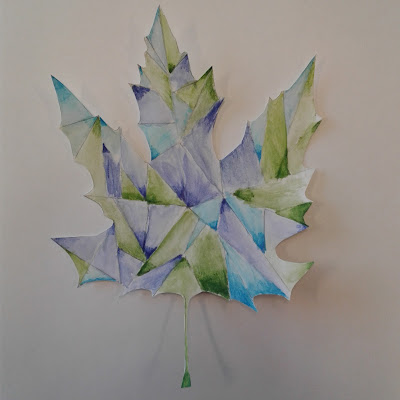 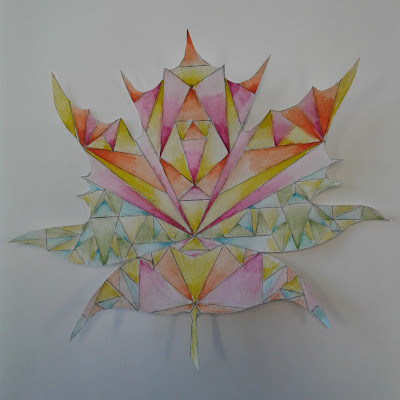 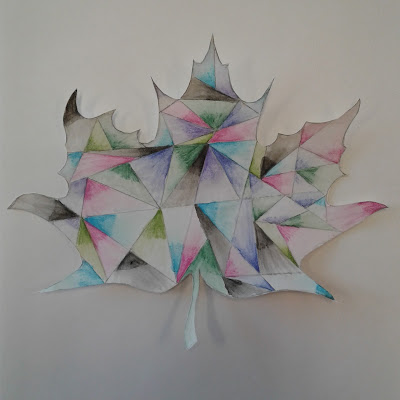 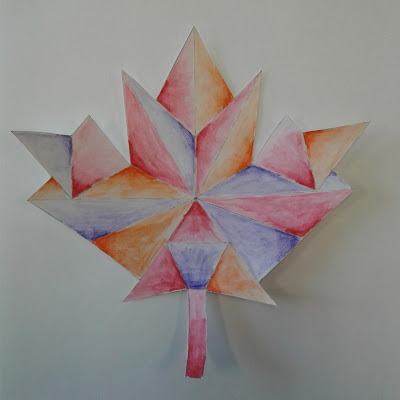 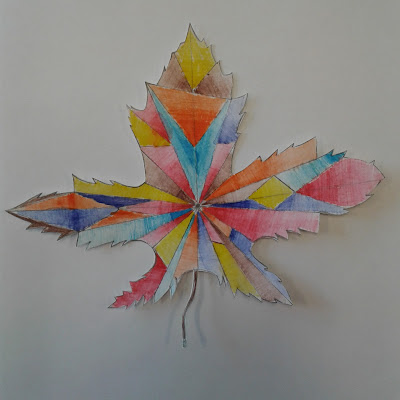 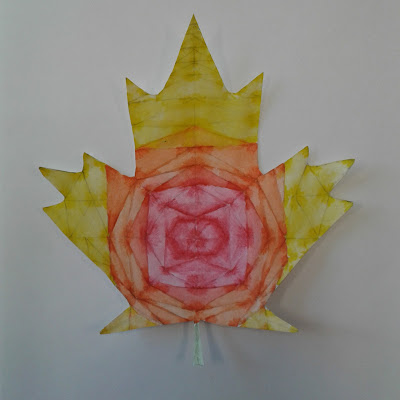 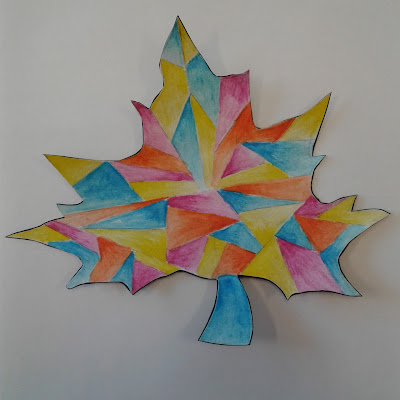 Hi, thanks for sharing this project. Love it, so simple yet effective! I did a maple leaf with my students last week too. Students had to show the leaf against a background of landscape, cityscape, skyscape etc. We had a lot of rockies and CN towers :)

That's an interesting style of art. Nice for kids... and for moms too. Like it and appreciate it!

Aparna: I would love to see photos of your kids work- sounds really nice!
KidsAndMoms: thanks :)