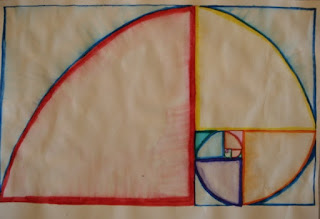 I teach a class on Fridays called "MART" which is essentially art projects inspired by Math. Students from Grades 4-6 can choose to take this class. So for this project I was inspired by THIS watercolour painting.

Before beginning, we watched a couple of videos to help the students learn about the Fibonacci number sequence and to learn how to draw the spiral.


This one below, by the amazing Vi Hart, absolutely blew our minds. Not only is she a genius at Math, she's an excellent artist!

The Fibonacci Sequence is the series of numbers in the following sequence:

The next number is found by adding up the two numbers before it.

The Fibonacci numbers appear everywhere in Nature, from the leaf arrangement in plants, to the pattern of the florets of a flower, the bracts of a pinecone, or the scales of a pineapple.

The Fibonacci sequence leads to the golden ratio and spirals. The Fibonacci Spiral is a special spiral, a self-similar curve which keeps its shape at all scales (if you imagine it spiraling out forever). 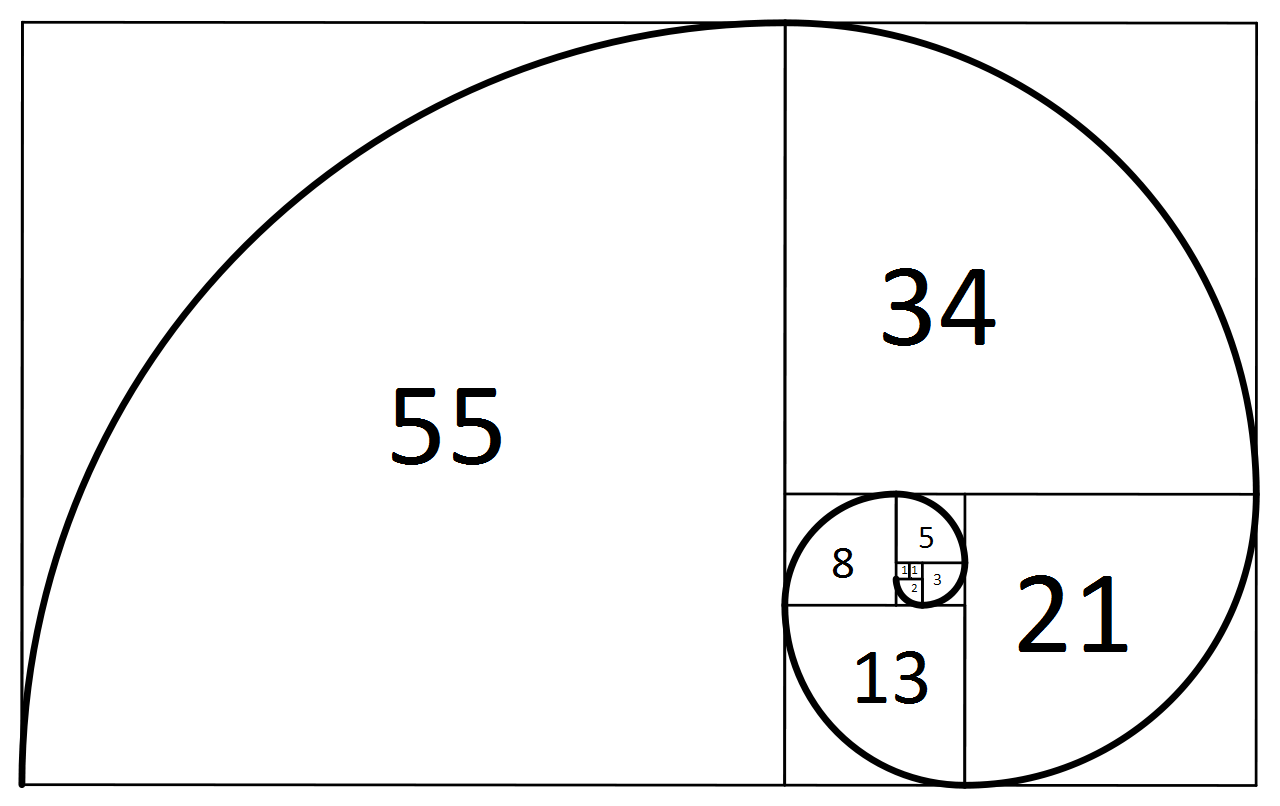 So, starting on graph paper, students wrote the number sequence at the top of the paper to refer to. 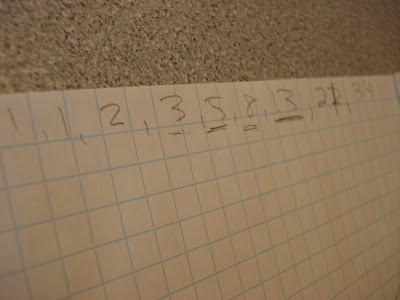 They also got a handout to help them along the way. 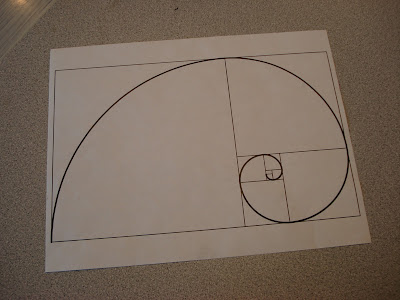 I only managed to get to, I think 13, before I got flustered and confused as to which way to go on my paper. But most of the students really got it (I am terrible at Math!!) and made quite large spirals- up to poster size. 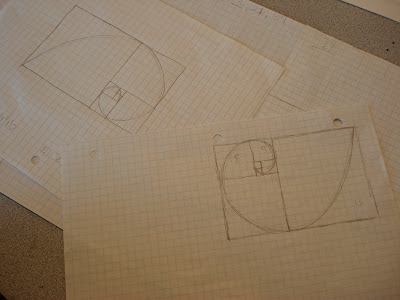 Some students went really large and had to tape 6 sheets of graph paper together
as you can see below! 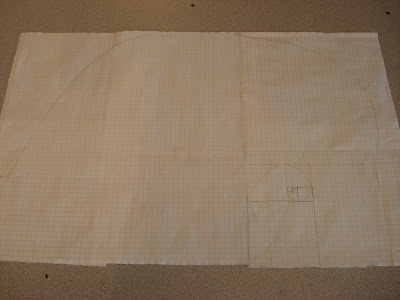 Once the spiral was drawn correctly on graph paper, students traced their design, using a window (a great alternative to a light table) onto heavy white paper (smooth cardstock, the type for photocopiers, works particularly well for this technique). Smooth poster board also works well. 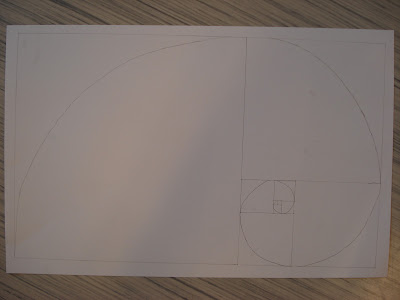 Then we used the bleeding markers watercolour technique to 'paint' out spirals.
Trace the inside of a section with a line of water-based markers, then blend over the line using a brush and water. Crayola and Prang markers both work well for this technique.
Of course you could also simply paint these using watercolour paints (we like the Prang brand, Crayola is also very good.) 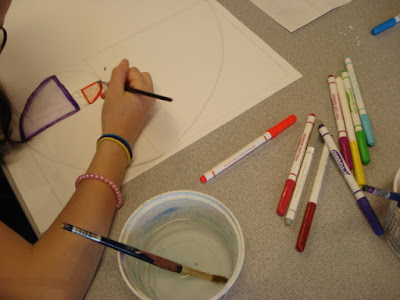 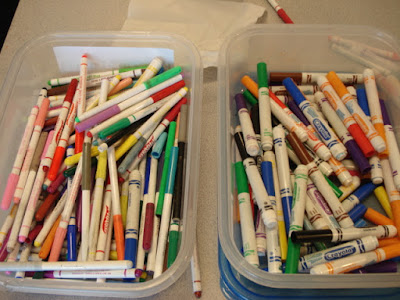 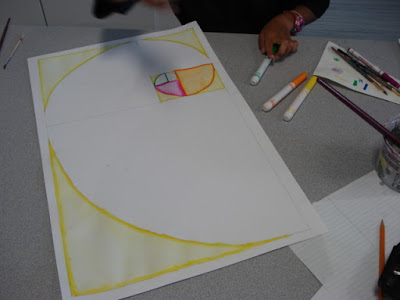 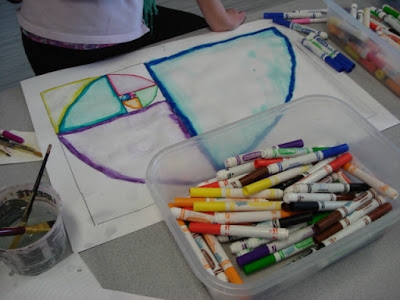 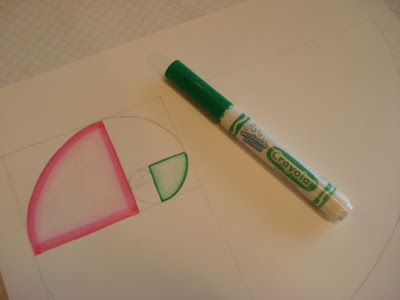 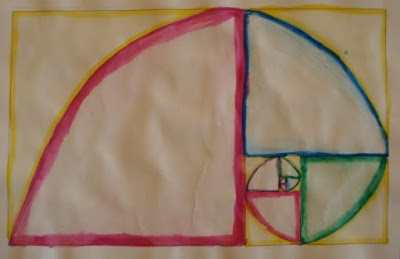 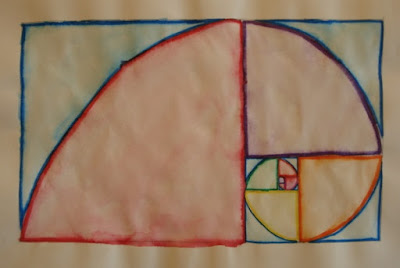 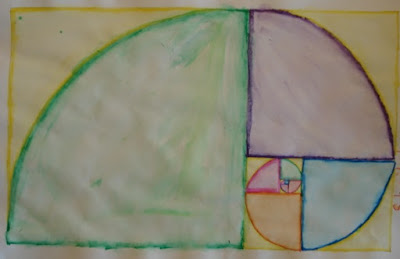 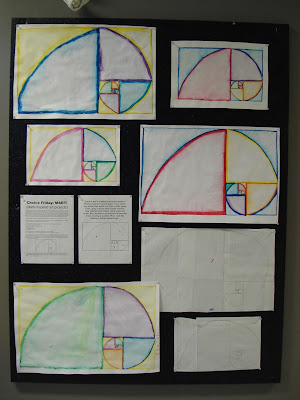 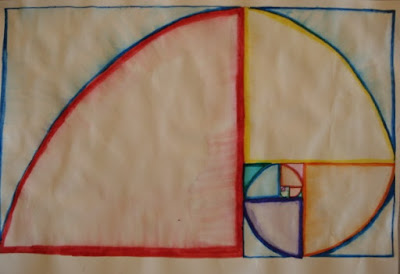 A coincidence! I have recently been shown the Fibonacci sequence and then showed a class 'Doodling in Math". I haven't turned it into an art lesson yet, but with your help, I certainly will. T.hanks

I will be presenting a workshop on the Fibonacci Sequence to middle school educators at a math conference on Long Island, and this will be our STEAM activity. Thank you so much.

Joan: Your welcome! Good luck at the conference!