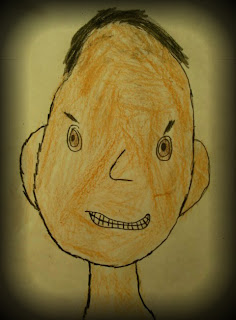 Grade 1 students drew these charming self-portraits. I did a very basic demonstration on the whiteboard about facial proportion. First, I asked the kids what basic shape is a head, and, happily, the majority answered 'an oval!'  So I drew a big oval. Then I showed them how many people tend to draw the eyes on a head waaaay to far up, on the forehead. I drew them there and asked them if this was right. "NOOOOO!" they all happily shouted :)  So I had them look at each other carefully and tell me where the eyes should be. Many of them were able to guess the middle of the face.

Then I showed the kids how to draw a very light line vertically down the centre of the face and then horizontally across the middle of the face. This horizontal line would be the rough guideline for the eyes. I felt as long as they had the eyes fairly well placed, that was a good start. Then the kids first practised their self portrait on scrap paper. For a reminder, I wrote on the board the features they needed to include:  eyes, eyelashes (optional), eyebrows (so many kids forget eyebrows!!), nose, mouth, ears, neck and finally hair. They could add any accessories (glasses, jewellery, etc.) they wanted. Once they finished, they brought it to me and I helped make suggestions if areas needed improvement.

Here are some practice sketches: 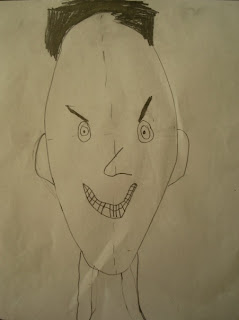 Very good placement on this one. 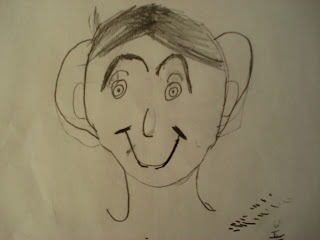 I helped this guy 'lessen' the size of his ears (though they are so adorable large!) 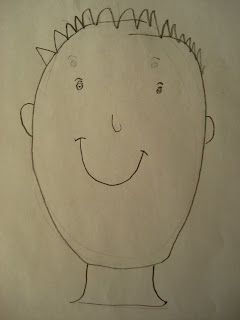 I love this one above because I could see right away that the student had erased his eyes
that were too high ('forehead eyes') and lowered them. Great job!

Once they were happy with their rough copies, they drew them again on larger paper, then coloured them in- we used multicultural crayons for both the skin and hair.
For the last step, I had the kids pass over all their pencil lines (which had faded quite a bit
after the colouring) with a black coloured pencil. 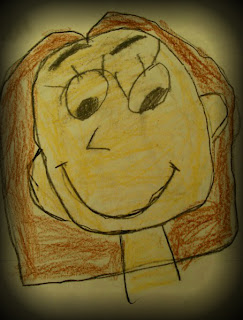 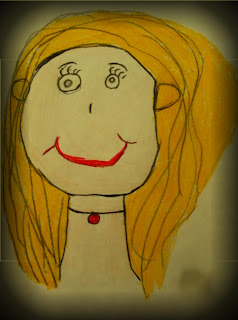 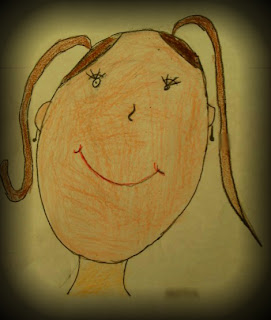 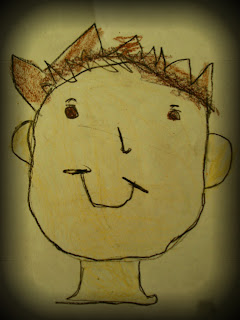 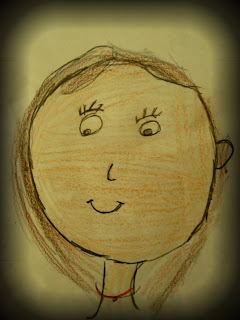 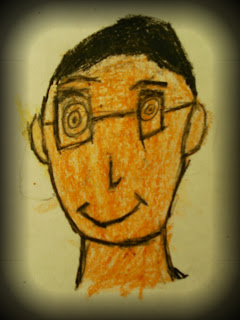 These are ALL adorable!!

Looking at the portraits can guess the personality of each student. I love the emotions that have managed to express. Congratulate your students are few artists.